Lifestyle specializes in video production. Apart from producing a weekly, national television show, our team has the tools and the talent to produce dedicated video to help our clients get clear marketing results.

Lifestyle Integrated produces more than 40 new model video reviews each year, along with many used boat profiles. These tests can be made available through a media player for dealers and OEMs to implement on their own sites. This offers customers a chance to watch a video review of the model they are considering right on the dealer’s website.

PowerBoat TV is a weekly half-hour television show focusing on power boats and the boating lifestyle. From fish boats to luxury cruisers, great destinations and helpful DIY segments, we cover what’s of interest to boaters at large. PowerBoat Television is broadcast in HD across Canada on Global Television on Saturdays at 11:00 AM. 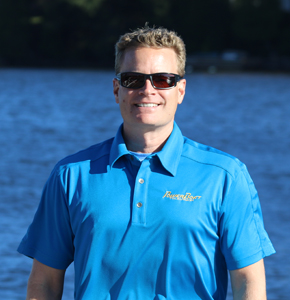 Jon BlaicherProducer/Host
Jon Blaicher is a Producer and co-host of PowerBoat Television with extensive boating experience. He comes from a family of boaters — power on his father’s side and sail on his mother’s. In the 80s, he raced Lasers, Laser 2s, Albacores, and Code 40s and grew up boating on Lake Simcoe and Georgian Bay.

About 10 years ago he bought a small Formula 252SS cuddy with a 502 Mag MPI before moving onto a 2005 Chaparral Signature 270 with a pair of Mercruiser 5.0 TKS carb stern drives. Now he’s the proud owner of a 37’ President Sedan Bridge he uses as a floating cottage. He’s in the process of getting it modernized. He doesn’t just drive the boats, he likes to fix them too.

We'd Love To Hear From You!

Fill out the form and our team will be in touch with you promptly. Thank you for your interest!